October 2012 not only witnessed the debut of the loftily-expected iPad mini, but also the birth of iPad with Retina display, also known as iPad 4. As the new flagship of iPad tablet, iPad 4 sports 9.7-inch Retina Display owning a resolution of 2048x1536, dual-core A6 processor, 8-pin Lighting connector, iOS 6 system, 5-megapixel rear camera and 1.2-megapixel front facer. Therefore, iPad 4 is faster in processing speed, better in compatibility and speedier in data transference than that of The new iPad 3. Moreover, as an iOS 6 device, iPad 4 can take full advantages of the latest apps in App Store. 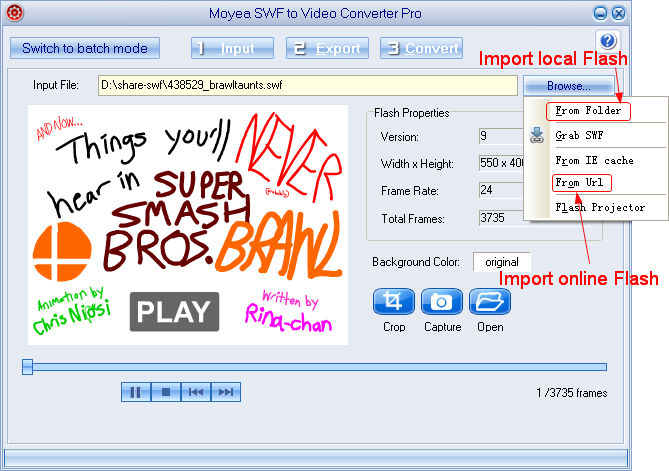 Step 3: Set output video. In an attempt to play the converted Flash on iPad 4, users need to convert the Flash file to a MP4 video in the first place. Therefore, select "Export" tab, check "Video" box and then set the output file as MP4 video for iPad 4 in the drop-down menu of "Style". 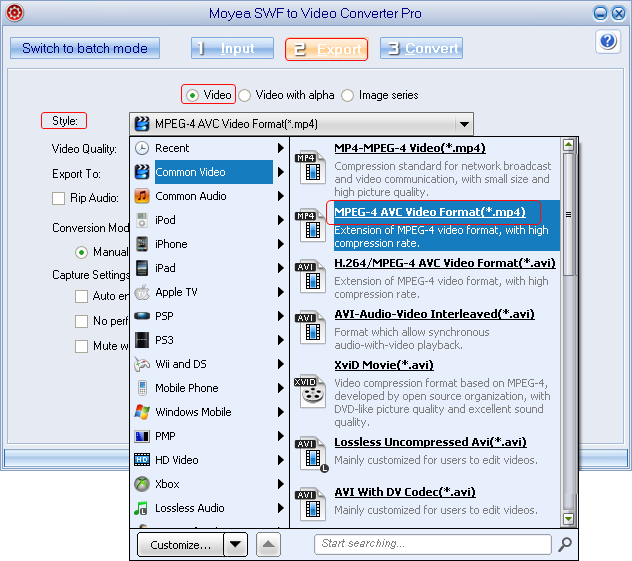 Step 4: Specify iPad 4 file. Choose "Export" tab and then click "Settings" button to enter into Profile panel where various video parameters are provided. Then users can convert the Flash SWF to a decent iPad 4 file with those parameters. For example, set video size as "2040x1536", video codec as "H.264", video frame rate as "30" and audio sample rate as "48kHz" for iPad 4. 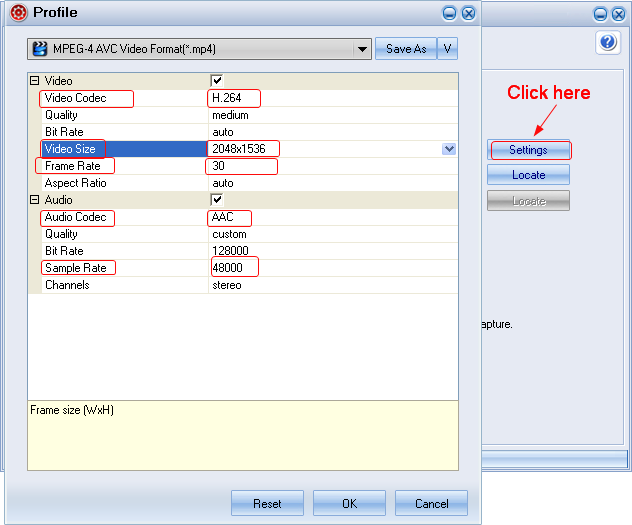 Step 5: Start the conversion. After all those steps, click "Convert" button to enter into corresponding panel and then start the process of converting Flash for iPad 4 with "Play and Capture" and "Finish" buttons. As the conversion ends, users can play Flash on iPad 4 freely. 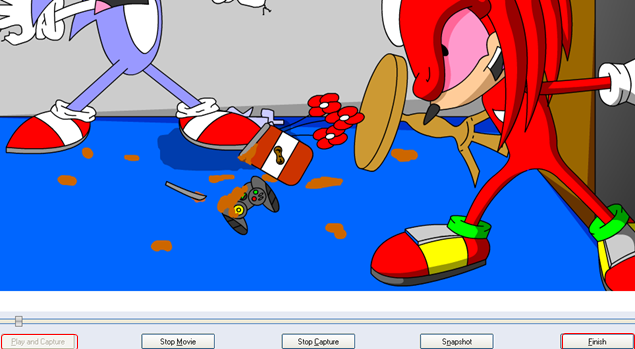 2. To convert SWF file to images for iPad 4, do as the followings. Choose "Export" tab, check "Image series" and then set the output file as JPG/PNG/GIF images for iPad 4 in the drop-down menu of "Style".