If you are an Android-device owner and the same time, a hard-core Flash fan as well, then, you will find this content is especially made for you – the way to make Flash SWF playable on kinds of existed Android devices, even if they do not have the nature Flash support.

There are basically 3 parts we are going to discuss: what Android exactly is; which are Android-supported devices and how to play Flash SWF on those devices.

The Definition of Android and its Evolutionary History

In short, Android is a name of mobile device operating system acquired by Google. It is widely used in kinds of smartphones, tablet computers, E-readers, Netbooks and other devices.

And until now, Android has released 5 versions in total and please refer to the chart below for the detail and screenshot of each version.

Android now has penetrated to many industries like smartphones, tablet computers, E-readers, Netbooks and other devices. And every industry has its representative brand and product lines. For example:

Some Android devices like HTC Aria smartphone and Samsung Galaxy Tab are with natural Flash support, so would be no problem to play any Flash SWF content on it. However, for those do not support Flash, we may need a tool to have the original Flash SWF files converted, so that they can be played on above-mentioned Android devices as well.

Step 1: Input the source Flash SWF file via one of the channels provided. 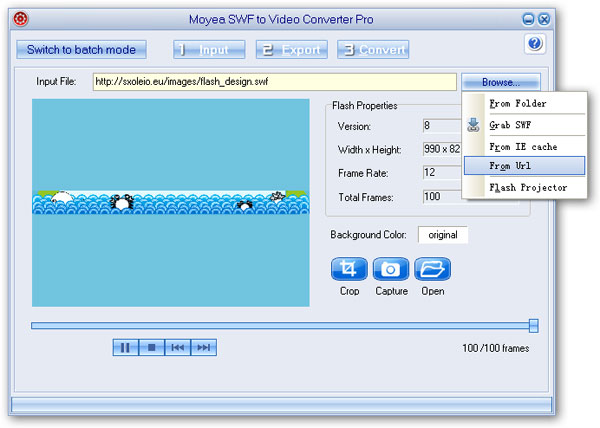 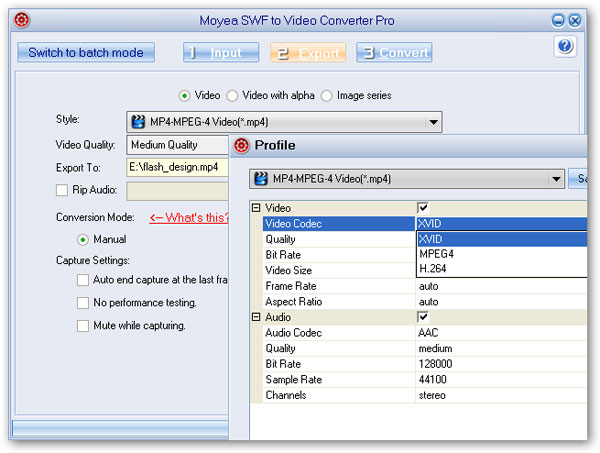 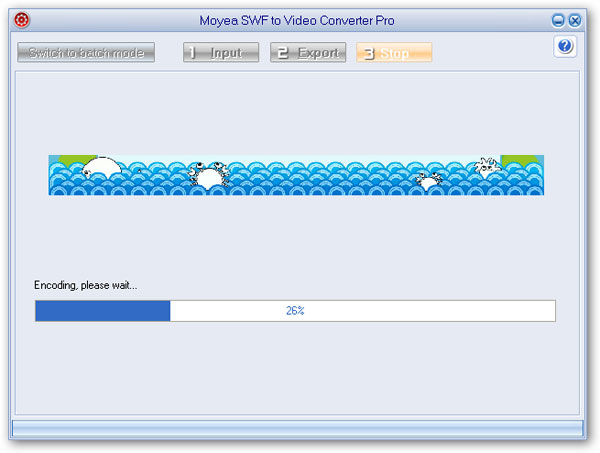 Last but not least, besides the Flash animations, you can shop for a lot of great applications from Android Market to enrich your gadgets, free of charge or just pay a very reasonable fee.